Sony TV is back with season 2 of Bade Achhe Lagte Hain (BALH 2) which is produced by Ekta and Shobha Kapoor under the banner Balaji Telefilms. After successfully completing season 1, makers now announced 2nd season for BALH fans who were eagerly waiting to see it. The story of Bade Achhe Lagte Hai 2 serial revolves around a love story of wealthy businessman Ram and a middle-class lady Priya. It will showcase how this couple love and trust each other and solve all the problems of their life. The female lead role of Priya Sood will be played by Disha Parmar. She recently got married an Indian singer Rahul Vaidya. While the male lead role of Ram Kapoor will be played by Nakuul Mehta. He was last seen in Star Plus’s Dil Bole Oberoi. 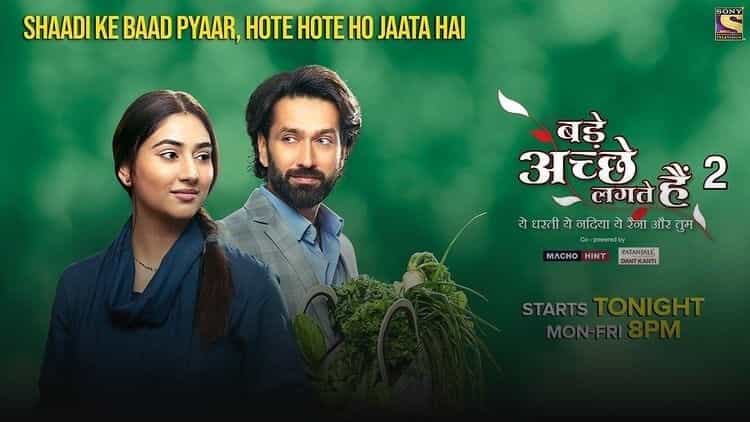 The serial’s romantic family drama story revolves around business tycoon Ram (Nakuul Mehta) 38 years old and middle-class girl Priya (Disha Parmar) 32 years old. After marriage, they fall in love with each other. Every time Ram and Priya get into trouble, their love, trust, and respect for each other grows stronger. Talking about the star cast of the serial Bade Achhe Lagte Hain 2, TV actress Disha Parmar is going to play the role of Priya Sood in the serial. Apart from him, Nakuul Mehta is playing the role of Ram Kapoor in the serial. In the serial, Reena Agarwal is going to play the role of Disha Parmar’s sautan in the show.

Check Other Posts on this site